We pioneered the “TERE” model in Europe to provide investors with access to both the technology disruption (Opco) and the category creation of new alternative real estate asset classes (Propco).

We believe technology is changing how we interact with real estate in fundamentally different ways – changing how people identify, evaluate and interact between digital spaces and physical buildings.

At Revolt, we are passionate about partnering with entrepreneurs inspiring this change.

How We Add Value

Capital
Structure investment terms bespoke to capital requirements and in harmony between both the technology IP and the real estate strategy.

What We Look For

We invest in asset backed technology companies that are creating and innovating into new alternative real estate categories.

Macro Opportunity
The onset of technology has increased the ability to scale rapidly at low marginal cost. Revolt has identified this trend to apply to new alternatives real estate categories with focus on addressable markets of over €1 billion and companies with a proven playbook to scale. 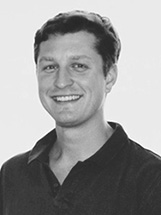 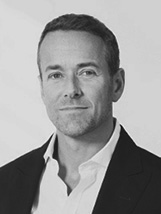 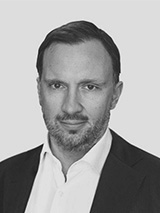 Ted Orf is Co-Founder and Partner at Revolt, drawing on his experience building pan-European real estate platforms and investing in technology companies across the US, the UK and Europe.

During his technology investing career, he has invested in over twenty high growth technology companies, with a total market capitalisation of over €5bn. Of these, he holds three board positions.

Ted was part of the founding team of VIA Outlets, a joint venture between MARK and Value Retail, which he helped to scale prior to an exit to APG for €1.5bn. He was also an early employee at e-shelter, which grew to become one of the largest European data centre platforms, ultimately exiting to the Japanese conglomerate NTT for €1.1bn. At Value Retail, he was one of the earliest employees launching Value Retail China, leading project teams to stabilise the business across China. Prior to this, he served as an advisor to Lone Star Funds, underwriting and executing transactions of over €4bn.

He holds an MBA from Stanford University and a Bachelor’s degree from Brown University.

Raees Chowdhury is a Partner at Revolt with a focus on “technology” operating companies drawing on his experiences as a repeat startup founder and advisor to private equity transactions and technology innovation.

Raees is part of the Founding Team at Revolt since its formalisation in 2018 during which he has invested and supported founders of high-growth real estate technology startups. His transaction experience and board roles include alongside top tier funds such as Index Ventures and Northzone. Raees was recognised by Forbes “30 Under 30” in 2021 for his contributions to European real estate technology.

Prior to Revolt, Raees founded a fashion retail manufacturing company in 2011 connecting SME ecommerce designers in Europe to manufacturers in Asia. He later co-founded and acted as CEO of DiagKnows from 2016, a medical technology startup providing telehealth services in developing countries funded by private investors including McKinsey & Company.

Raees started his career at the Boston Consulting Group in London and Bain & Company in the Netherlands where he specialised in technology strategic advisory to private equity transactions and companies seeking to disrupt traditional industries through Insurtech, Medtech, E-commerce and Clean Tech.

He holds a Master’s degree in Economics from the University of Oxford and is recognised as a published economist in microeconomics and game theory in the AEJ.

Marcus Meijer is Co-Founder of Revolt and has been an active investor in the European real estate technology (“proptech”) landscape since 2012. He has extensive global real estate investment and platform building experience.

Marcus is the Founder and Chief Executive Officer of MARK, a global private equity manager with offices worldwide including in London, New York, Frankfurt, Paris, Amsterdam, Oslo, Luxembourg and Madrid. He is the Chairman of the firm’s Executive Committee and chairs the Investment Committees of all investment vehicles managed by MARK.

He founded the business in 2006 and led the establishment of its first institutional investment vehicle. Since then, he has managed the growth of the MARK business to its current AUM of over €9 billion and its diversification into the logistics and life science sectors. The firm currently controls, among others, Crossbay, a dedicated Pan-European logistics platform, Doma, a Pan-European multi-family platform, Assembly and Dunman, its French and German urban regeneration platforms.

Before founding MARK in 2006, Marcus served as CFO of MARK’s predecessor, MAB Group, where he was responsible for the strategic restructuring of the business, culminating in the sale to a global financial institution in 2004.

Marcus began his career in 1995 at Hines in Chicago and London, before joining Goldman Sachs’ Principal Investment Team in 1997. At Goldman Sachs Marcus was involved in transactions in France, Germany, Spain and Italy.

Josip Kardun holds overall responsibility and oversight of all European investment activities in his role as Managing Partner and Chief Investment Officer at MARK. He is a member of the firm’s Executive Committee and Investment Committees across all MARK managed vehicles.

Josip has 20 years of industry experience, most recently serving as Chief Executive Officer of Blackstone’s Multi Corporation BV where he managed €10 billion of real estate portfolios and over 650 employees. At Multi Corporation BV his assignments included managing exposure for leading European investors including Allianz, Commerz Real, Union-Investment and Deutsche Bank.

Prior to Multi Corporation BV, Josip was Chief Executive Officer of Atrium European Real Estate between 2014 to 2017, a publicly listed company on the Euronext Amsterdam. Josip was responsible for overall company performance including leading daily operations, leasing, asset management and investor relations. He successfully grew Atrium European Real Estate’s portfolio to €3.7 billion in overall assets during his tenure with over 400 active employees and more than €220 million of annual cash flow.

Previous roles include Chief Investment Officer of ECE Projektmanagement GmbH & Co KG where he executed transaction volumes of more than €2 billion annually, and as Managing Director of Sonae West Shopping AG, an affiliate of Sonae Sierra where he led the development and operations of large-scale shopping centres in Germany and its surrounding areas. 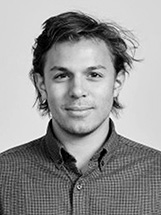 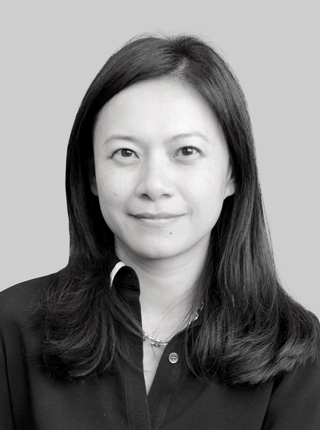 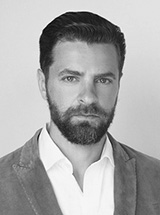 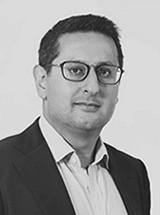 Gabe Flateman acts as a technology advisor for Revolt and its portfolio companies for which he brings strong technical, operating and scaling experiences across public and private companies.

Gabe began his career at Casper, which he scaled as a co-founder, to over 200 employees and to over $500m in revenue. The company went public in 2019, following expansion to over ten additional markets. During this time, he was responsible for the entire technical team and architecture of the company.

Gabe graduated from Brown University in 2012 with a Bachelors of Arts.

Lily Lin is a Managing Director at MARK, responsible for acquisitions and asset management across the UK and Ireland and spearheading firmwide ESG efforts. Prior to joining Lily worked at China Vanke, one of the largest listed real estate companies globally, where she established the UK platform as its first country head. Previously, she was a Director at UBS in London investing across various UK and Pan European real estate funds, and at Ascendas, Singapore’s first and largest industrial REIT, in Shanghai.

Lily holds a B.S. in Business Administration and a B.A. in French from the University of Southern California, and an MBA from INSEAD

Matthew Ammirati acts as Brand Advisor for Revolt and its portfolio companies for whom he brings a wide breadth of brand creation, operating and investment experiences across both public and private companies.

Matthew oversees all external touchpoints as Managing Director and Chief Marketing Officer at MARK where he is responsible for the performance of its real estate portfolio ranging from branding and marketing initiatives to PR, digital and social media.

Matthew began his career in advertising in 1997 at his family’s namesake, Ammirati Puris Lintas, where he led creative campaigns for prolific names such as Air France, Four Seasons Hotels, Burger King, GMC, and Lego.

In 2014, Ammirati was acquired by Resource, one of the largest independent digital agencies in the U.S. and a portfolio company of WestView Capital Partners. Matthew’s role at Resource Ammirati evolved to Creative Chairman, and under his leadership the agency grew to more than 400 employees nationally with 5 offices across the United States.

Matthew then served as Chief Advisor to the CEO of eCommerce at the publicly listed company, Newell Brands – the worldwide kingpin whose portfolio includes Rubbermaid, Sharpie, Elmer’s, Papermate, Oster, and dozens of others during the period from 2017 to 2018.

Sanjiv Raykundalia provides oversight on finance, tax and structuring as Strategic Advisor for Revolt. He has 32 years of varied experience in industry and the financial services sector and is a Fellow of the Institute of Chartered Accountants in England and Wales.

He is currently a Managing Partner and Chief Financial Officer at MARK where he is a member of the group’s Executive Committee and Investment Committees. He joined in 2007, prior to the launch of its first institutional fund, and since then he has been instrumental in growing MARK into a vertically integrated investment business which currently manages more than €9 billion of assets.

Integral to his role at MARK is the management of investor relationships from the point of view of financial and performance reporting, as well as corporate governance and fiduciary matters. He advises on financial and structuring matters in relation to new acquisitions, joint ventures and fund creation, and financing across Europe and the U.S.

Prior to joining MARK, Sanjiv was Director of Finance, Europe at JER Partners for six years, where was one of the founding members of the European team.

Sanjiv started his career in financial services with Deloitte. During his time at Deloitte, he advised a number of publicly listed clients from an auditing and corporate finance perspective.

For media and investor
inquiries, please fill out
the form or contact us at
info@revolt.com

We use cookies on our website to give you the most relevant experience by remembering your preferences and repeat visits. By clicking “Accept All”, you consent to the use of ALL the cookies. However, you may visit "Cookie Settings" to provide a controlled consent.
Cookie SettingsAccept All
Manage consent

This website uses cookies to improve your experience while you navigate through the website. Out of these, the cookies that are categorized as necessary are stored on your browser as they are essential for the working of basic functionalities of the website. We also use third-party cookies that help us analyze and understand how you use this website. These cookies will be stored in your browser only with your consent. You also have the option to opt-out of these cookies. But opting out of some of these cookies may affect your browsing experience.
Necessary Always Enabled
Necessary cookies are absolutely essential for the website to function properly. These cookies ensure basic functionalities and security features of the website, anonymously.
Functional
Functional cookies help to perform certain functionalities like sharing the content of the website on social media platforms, collect feedbacks, and other third-party features.
Performance
Performance cookies are used to understand and analyze the key performance indexes of the website which helps in delivering a better user experience for the visitors.
Analytics
Analytical cookies are used to understand how visitors interact with the website. These cookies help provide information on metrics the number of visitors, bounce rate, traffic source, etc.
Advertisement
Advertisement cookies are used to provide visitors with relevant ads and marketing campaigns. These cookies track visitors across websites and collect information to provide customized ads.
Others
Other uncategorized cookies are those that are being analyzed and have not been classified into a category as yet.
SAVE & ACCEPT